This Week in Business: No More E-Cigarettes at Walmart, and an Attack on the World’s Oil Supply | Modern Society of USA

Who knew the humble tailpipe could cause so much political rancor? Find out why, below, along with more business and tech news that you should know heading into the week. On that note, check out our in-depth analysis of life in the modern workplace, including a guide to office chitchat and snacks. See, Monday doesn’t need to be so bad. 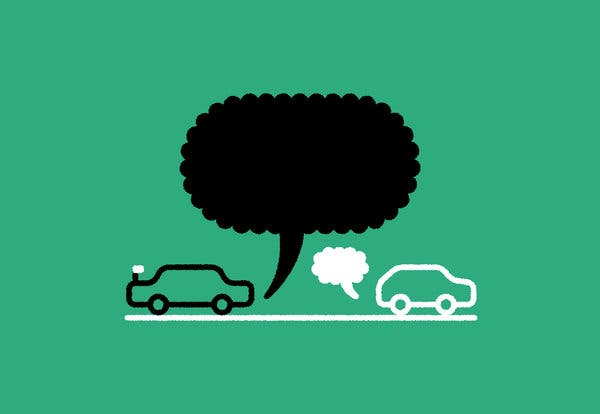 When President Trump decided a year ago to roll back Obama-era rules for car pollution, California shrugged, ignored him and kept its stricter regulations. Thirteen other states then followed its lead. The auto industry isn’t equipped to make different cars for different states, so it must adhere to whoever’s rules are the tightest — rendering Mr. Trump’s moot. Peeved, the president has now revoked California’s right to break with the federal government’s looser environmental standards. His order is in a legal gray area, and on Friday, California and nearly two dozen other states sued to block it. The ultimate decision will have an obvious impact on carmakers as well as air quality. Tailpipe pollution is the United States’ largest source of greenhouse gases.

More than 49,000 workers at General Motors went on strike last weekend to protest their pay, health care costs and job security. G.M. says it offered “best-in-class wages and benefits,” along with more employment opportunities, but the United Automobile Workers union wasn’t satisfied. The company has been making record profits for the past several years, and workers want to see more of those dollars in their paychecks. But they may be short on bargaining chips, as the union faces dwindling numbers and a federal corruption inquiry. Meanwhile, G.M. is eager to cut costs so that it can invest in new technologies like electric and self-driving cars.

Surprise, surprise: The Federal Reserve decreased interest rates by a smidge (a quarter percentage point), making it cheaper for Americans to borrow money. The decision was widely expected, and was meant to juice the slowing economy. But Fed officials are still sharply divided on how much the rate cut was needed, considering that the economy is still pretty robust — unemployment is low, people are spending and wages are on the rise. On the flip side, more hawkish economists (and Mr. Trump) want the Fed to cut rates more drastically to head off a potential recession. But no one can agree how much of a threat that really is. 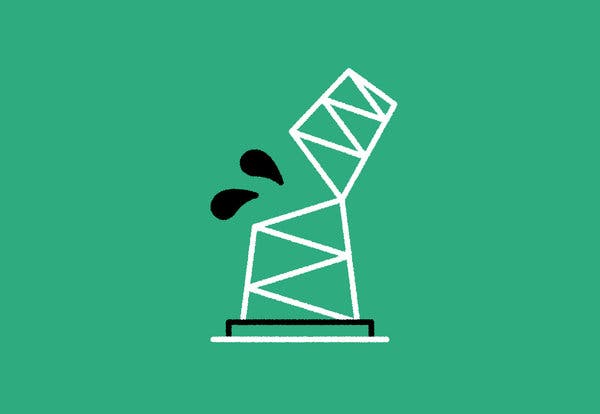 Trouble in the Kingdom

Saudi Arabia could take months to fully restore oil output after its biggest oil-processing plant was attacked last Saturday by … well, it’s still not entirely clear. The Trump administration blames Iran, whose government denies it. Meanwhile, the Houthi rebels in Yemen, who are backed by Iran, are claiming responsibility, but no one believes that they had the resources to pull it off. Either way, the attack has squeezed the world’s oil supply, and Saudi Arabia has tapped into reserves to keep it flowing. Here in the United States, Mr. Trump is threatening retaliation against Iran, although it’s unclear what that means. His top priority? Keeping oil prices down and the economy steady, which would be hard to do if tensions between Iran and Saudi Arabia escalate further.

As the number of vaping-related lung illnesses keeps climbing, Walmart said on Friday that it would no longer sell e-cigarettes of any kind in its stores in the United States. (That is, after its current supply has sold out.) The action follows a federal initiative to ban dessert-flavored e-cigarette products, which are particularly popular among teenagers. For Walmart, it’s another example of taking corporate responsibility on a larger public issue. Earlier this month, the retailer announced that it would limit its ammunition and gun sales after a fatal shooting at one of its stores in El Paso, Tex. Also on Walmart’s docket: avoiding a potential discrimination lawsuit. Almost 200 female employees have claimed that they were paid less than their male counterparts from 1999 to 2011, and the company is working on a settlement offer.

Now for the latest chapter in the Brexit saga: Britain’s Supreme Court is expected to make a decision this week about the legality of Prime Minister Boris Johnson’s decision to suspend Parliament two weeks ago. If he gets the thumbs up, he’ll be allowed to push forward with his Brexit plan (or lack thereof) unencumbered by his political opponents. But if the court doesn’t rule in his favor, his leadership will be seriously compromised — along with Brexit itself. The current deadline for Britain’s departure from the European Union is Oct. 31, and without an agreement in place for border checks and trade procedures, the country could see skyrocketing food prices, import and export delays and goodness knows what other economic havoc.

Airbnb, the online room rental company, announced that it would go public in 2020. Valued by private investors at about $31 billion, it will be one of the biggest public offerings since last spring, when a bunch of hot start-ups like Uber, Lyft, Pinterest and Slack hit the market. In related news, WeWork has delayed its I.P.O. after investors questioned its business practices and leadership, causing valuations of the company to plummet. Speaking of start-up ennui, more tech workers are seeking therapy — with the help of apps.